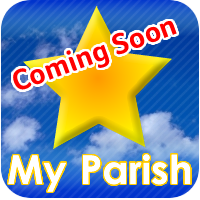 Try out the Catholic Directory

Parishes and People turn to CatholicDirectory.org over Christmas

The number of people using the site is even more staggering: as many as 28,000 pages being viewed by over 16,000 people in a single day.

As well as having Christmas Mass Times on the website - there is the most comprehensive list of Catholic information for the UK on the web. There are in excess of 45,000 pages on the website with every parish, school and Mass Centre having a page. There is also information about the priests throughout the country and you can find your nearest Mass Times.

One of the most unique things about the directory was the fact that parishes were able to put their Mass Times in their local Catholic Newspaper and the information would be automatically added to the CatholicDirectory.org website - so parishes could promote their Christmas services in a way that doesn't exclude those who prefer not to use the Internet. It also shows off the versatility of the online Directory system and how it can be used to make almost any system or administration process faster, cheaper and more efficient.

- It is part of the CathCom Group

Part of the CathCom Group: