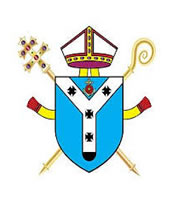 Parish of St Albert in Stockbridge Village (Archdiocese of Liverpool).