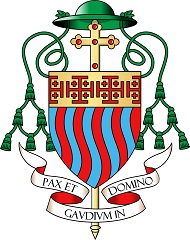 The Catholic Parish of The Holy Angels in Ash, Surrey where everyone is very welcome.